Murray Edwards College (formerly known and founded as New Hall) was founded in 1954 with the aim of increasing the proportion of women at Cambridge.

At the time the University of Cambridge had the lowest proportion of female undergraduates of any UK university and was at long last attempting to do something about this. Not before time.

Up until that time, there were only two other colleges that could accept female students – Newnham and Girton. Hughes Hall (which at the time was not a University college) was also permitted to accept up to 70 female students.

In October 2017, Murray Edwards College announced that they would change their admittance policy to allow transgender women students.

The College describes itself as being ‘for women who want to make a difference’ and aims to address the ongoing gender inequality in society by providing an environment where women can focus on their learning and preparation for life, whilst having their achievements recognised.

Murray Edwards is home to around 500 students in total.

When it was originally founded, unlike many of the other Cambridge colleges, Murray Edwards was founded without a benefactor and as such, did not bear the name of one. Instead the College was given the rather unimaginative and matter-of-fact name New Hall.

From May 2009 the College officially changed its name to Murray Edwards College, commemorating the first President of the College, Dame Rosemary Murray, and recognising a £30 million donation from alumna Ros Smith and her husband Steve Edwards. 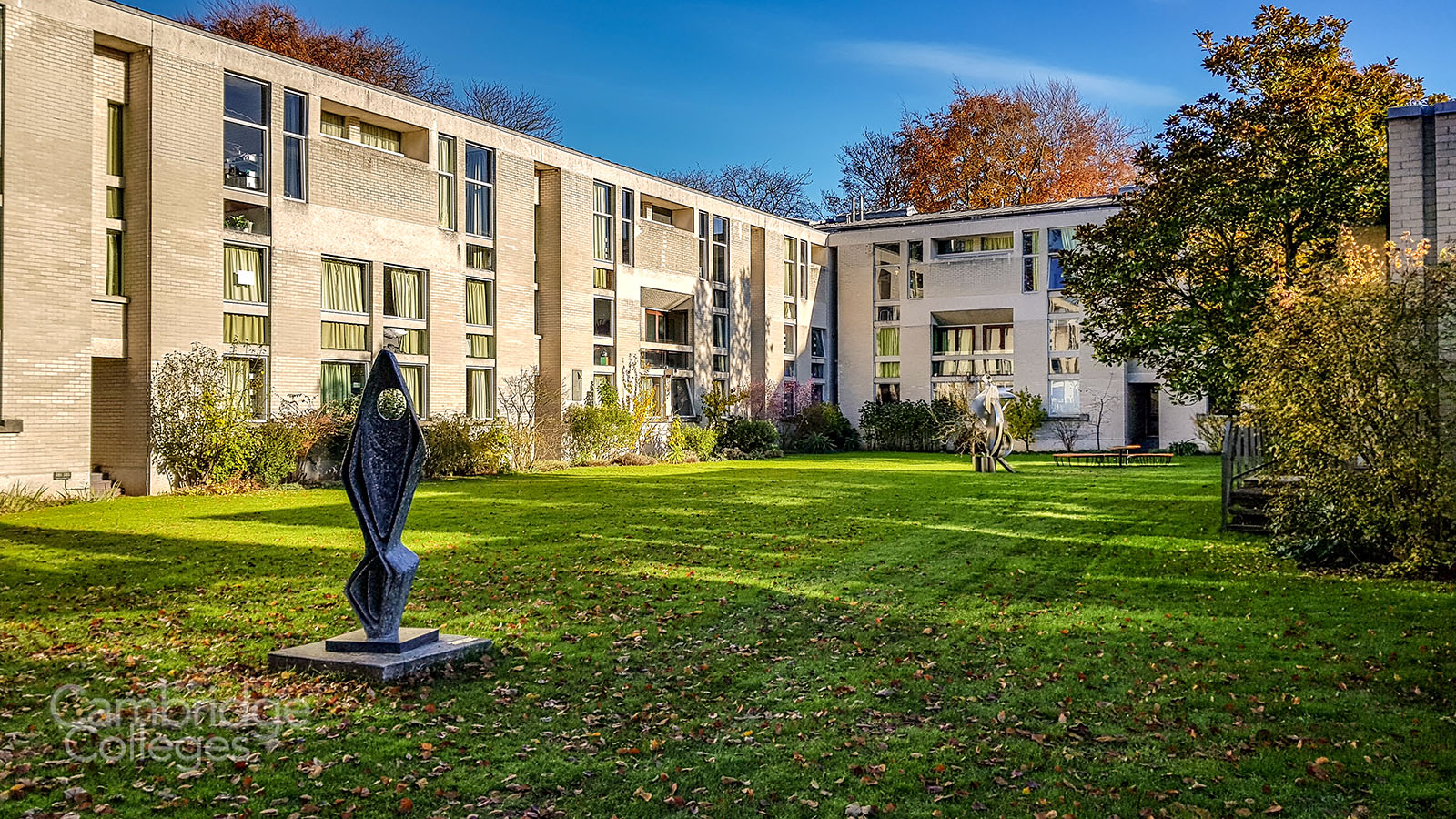 New Hall was originally situated on Silver Street where Darwin College now stands and in its first year only admitted 16 students. Growth of the College during the first decade of its life was slow and limited by the number of students who could be accommodated.

The College moved to its current site, ten minutes walk from the town centre on Huntingdon Road in 1963, and admitted 300 students in that year. The land was donated by the Darwin family and was originally the grounds of their family home, the Orchard.

In 1972, having increased in size and improved their financial position, the College was able to seek a charter from the Privy Council and officially become a college of Cambridge University.

Like many of the colleges in Cambridge, it has developed over time and as such features a mixture of architectural styles, although it features many examples of 60s architecture and Brutalism.

Perhaps the most interesting building is the Dome (dining hall). The domed roof is covered by concrete ‘petals’.

Service is also unusual as the Dome contains a central servery (essentially a glorified dumb waiter) which rises from the kitchens below.

The Dome, along with all of the other, original college buildings at its current site on Huntingdon Road, is a Grade II* listed building.

Murray Edwards is paired with St Annes College, Oxford. Founded in 1879, St Annes was also originally established to further women’s education but has been coeducational since 1979.