The College was founded in 1958 by a trust, with Sir Winston Churchill as its chair and as a memorial to him.

Churchill College was the first all male college to make the decision to admit female students and saw its first mixed intake in 1972. It was shortly followed by two other all male (at the time) Cambridge Colleges – Clare College and King’s.

It is now home to around 500 undergraduate and 300 postgraduate students, making it one of the largest Cambridge colleges both in terms of student numbers and size of campus. 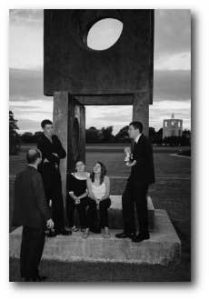 Churchill College has a strong mathematics, engineering and science bias amongst the undergraduate population. Sir Winston Churchill’s original vision for the College was that it should be the ‘MIT for Britain’ although ultimately the final manifestation of this as the college was more modest. However the college still holds a distinguished history in Economics.

Despite this emphasis, undergraduates are able to apply to the College to study all subjects, with the notable exceptions of Land Economy and Theology & Religious Studies.

The College’s statutes require roughly 70% of the student intake each year to be those studying science and technology.

There is a further statutory requirement that around one third of the students attending are studying for a post-graduate degree.

Roughly 75% of the College’s undergraduate student intake each year come from state schools.

Churchill College is situated on a large site on Storeys Way, on the outskirts of central Cambridge, close to the physics, mathematics and astronomy departments and the new North West Cambridge development which is currently expanding the University.

The majority of the original College buildings were completed by 1968 and are typical of 60’s architecture, meaning that to some, they are not quite as aesthetically pleasing as some of their more vintage college counterparts.

Where it benefits is in its 42 acres of parkland, all just a short distance from the city centre, which make it physically, the largest of all the Cambridge colleges.

The construction of the chapel raised considerable controversy; several fellows, including Francis Crick (of DNA fame) felt that a modern, scientifically minded institution should not contain a religious building and he resigned in protest.

Its originally intended location at the entrance of the College was changed and a compromise was reached whereby the chapel was built on the other side of the vast site. It is funded and managed separately from the rest of the College. It is tactfully referred to as “the Chapel at Churchill College”.


As a result of Crick’s protests, Winston Churchill reputedly wrote to him, saying that no-one need enter the chapel except under free will, so it need not be a problem. Crick replied with a letter containing a cheque for ten guineas, stating that if that were the case that the enclosed money should be used for the establishment of a brothel (to the best of our knowledge, no such establishment was created at the College).

With their own, on site sports grounds, the College have a strong sporting pedigree. Churchillian’s have made the claim that only real men wear pink and the Churchill rowers are indeed a sight to behold in their hot pink lycra outfits.

Churchill College’s sister college is Trinity College, Oxford. Although much older than Churchill (founded in the 16th century) it is another college with a strong emphasis on scientific research.