Magdalene College, with its beautiful buildings, magnificent gardens and fascinating history, is well worth a visit if you’re touring the city of Cambridge.

History and literary buffs alike will appreciate some of the great figures that are associated with Magdalene College, including Honorary Fellows Thomas Hardy, C.S. Lewis and Rudyard Kipling. The late Nelson Mandela was also a notable Honorary Fellow.

The College of St Mary Magdalene, otherwise known as Magdalene College, is relatively small compared to some of the other Cambridge Colleges. It’s currently home to around 320 undergraduates and a small post-graduate community.

The College attracts students from all around the world, with an almost even ratio of men to women. Interestingly, this was the last of the Cambridge Colleges to admit women in 1988 and not without some dissent, by all accounts. 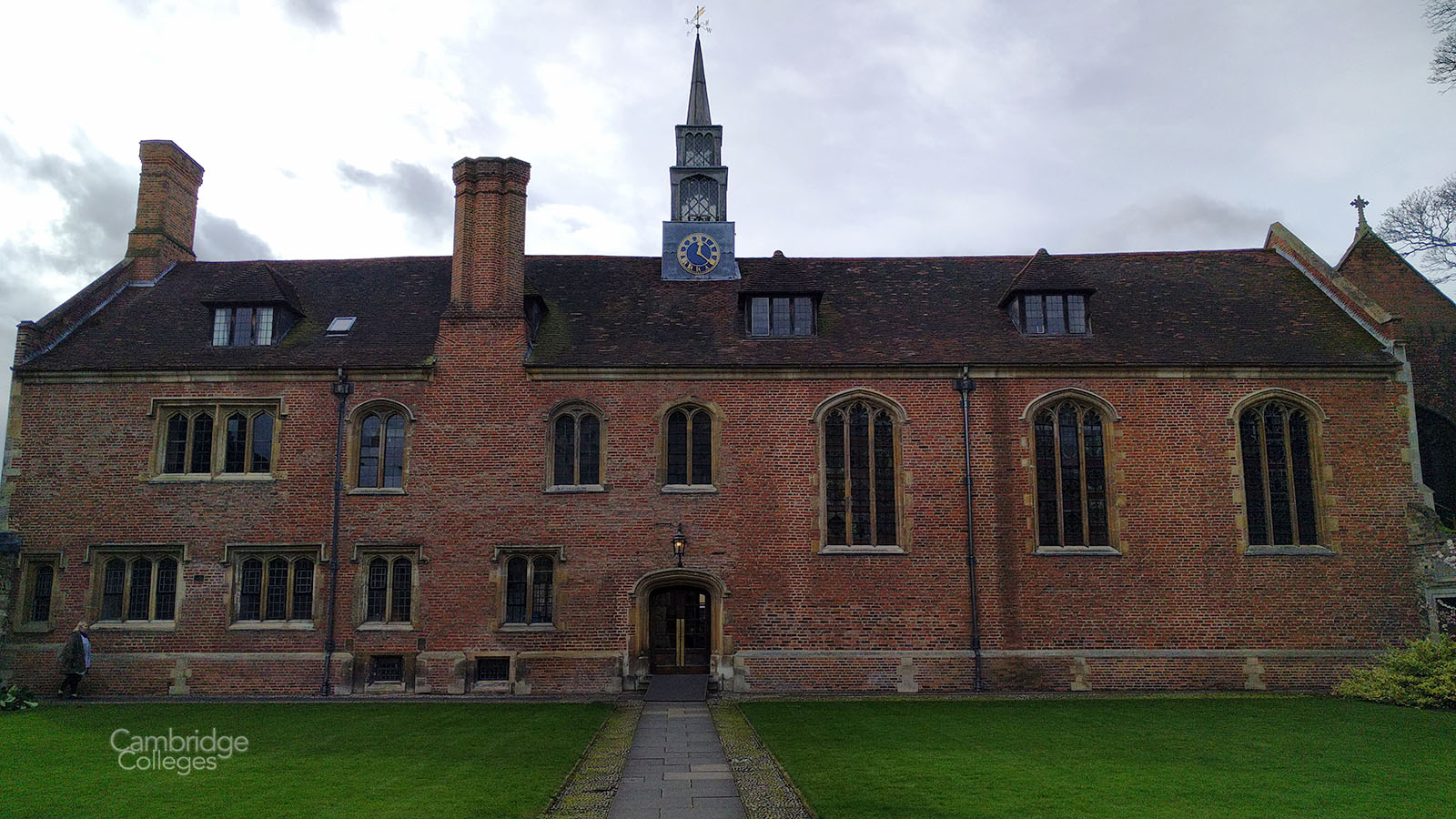 Did you know? Despite the name of the College being spelt as “Magdalene”, the pronunciation is actually “Maudlyn”

A brief history of Magdalene College

Magdalene stands on a site next to the River Cam that has been inhabited as far back as prehistoric times. The first building on the site was a hostel, sanctioned by King Henry VI in 1428. It was originally for Benedictine student-monks who used it whilst studying Canon Law at the University. The site was purposefully chosen by the Benedictine Order to be some distance away from the distractions of the town at that time.

The College was then called “Monks’ Hostel”. The Benedictine monks were responsible for creating some of the College’s early buildings, including the Chapel in the 1470s. The establishment’s name changed to Buckingham College sometime between 1472 and 1483, due to the patronage of Henry Stafford, the 2nd Duke of Buckingham. Shortly afterwards, the College was opened up to students who weren’t monks.

In 1542 during the reign of King Henry VIII, Buckingham College was re-founded again and renamed to the College of St Mary Magdalene, by Thomas Audley, the 1st Baron Audley of Walden and Lord Chancellor of England. The arms of Magdalene are based on his and include the motto of “garde ta foy”, which means “keep your faith”.

Audley played a key role in the trials of Sir Thomas More and Sir Thomas Cromwell and was a witness to the execution of Anne Boleyn, King Henry VIII’s second wife.


In the early 18th century, Daniel Waterland, became master of Magdalene. He was an English theologian. With his arrival came a period of enlightenment for the College, including a new curriculum that incorporated subjects like Newtonian Physics, Mathematics and Metaphysics.

The College has continued expanding over the centuries with the newest building (Cripps Court) completed in 2005 and more developments planned for the future.

Talk about traditional! Magdalene’s Hall, which was built in the 16th century, still has no electric or gas services installed. Formal dinners are held by candlelight!

In the 17th century, the Pepys building was built. It’s named after Samuel Pepys, the great diarist. Pepys became a student at Magdalene in 1651 and went on to work as a naval administrator and later became a Member of Parliament.

It was his diaries that Pepys was best known for though. Pepys provided an eyewitness account of several important historical events such as the Great Plague of 1665 and the Great Fire of London in 1666.

He left a captivating collection of diaries along with his personal library to Magdalene and these are now considered an extremely valuable piece of our national history.

Aside from Samuel Pepys, other notable alumni include:

What to see at Magdalene

It’s FREE to explore Magdalene College and although some rooms are restricted, there is much to view.

The main attraction is the Pepys Library, which will appeal to visitors from around the world. The library contains 3,000 books, housed in 17th century oak bookcases. The diaries of Samuel Pepys have been preserved across 6 volumes. Also on display in this area is a library desk, thought to be Pepys’ own.

Groups can ask about booking a tour of the Pepys Library which includes a talk about Samuel Pepys. Don’t forget to check the Library opening times before visiting.

As Magdalene College has expanded over time from its beginnings as a monks’ hostel, there is an interesting display of architecture to see.

Most of the older buildings are built from brick, with the exception of the front of the Pepys building, which is neo-classical and stone built. Thanks to the College’s location, you can enjoy the riverside walk too.

Look out for an ugly gargoyle representing the Elizabethan banker, Benedict Spinola, who swindled the College out of significant income from property. You’ll find it spitting water into the River Cam. It was created by the same people responsible for the popular satirical TV show Spitting Image and was put in place in 1989 at the time when the College redeveloped the land in Quayside area of Cambridge.

Watch the grass! Magdalene College boasts some beautiful lawns. Most are protected, meaning you’re not allowed to walk on them. You can however walk on the grass in the Fellows’ Garden.

How to get there

Magdalene College is located on the bend of the River Cam, on the opposite bank to the area known as Quayside, at the foot of Castle Hill, not far from Cambridge’s centre. There are a whole host of transport links, making it easy to access the College by car, bus, rail or bike.

Car parking around the centre of Cambridge is limited and expensive, so you might want to make use of the Madingley Road Park and Ride service which is only 5 minutes away and runs right up to Porters’ Lodge at Magdalene College.

Magdalene College Cambridge’s sister college is its namesake, Magdalen College, Oxford. Despite the differences in spelling, both colleges pronounce their names as Mawdlin. Magdalen was founded in 1458 and is the 4th wealthiest of the Oxford colleges. This seems a little ironic given Magdalene College’s financial woes.