Amidst 20 acres of stunning lawns and trees, lie the impressive grounds of Downing College.

Hidden away in the heart of Cambridge, just across the road from Parker’s Piece, boasting stunning gardens, trees and flowers, the College provides world class education to over 400 undergraduates and is home to a diverse and welcoming academic community. 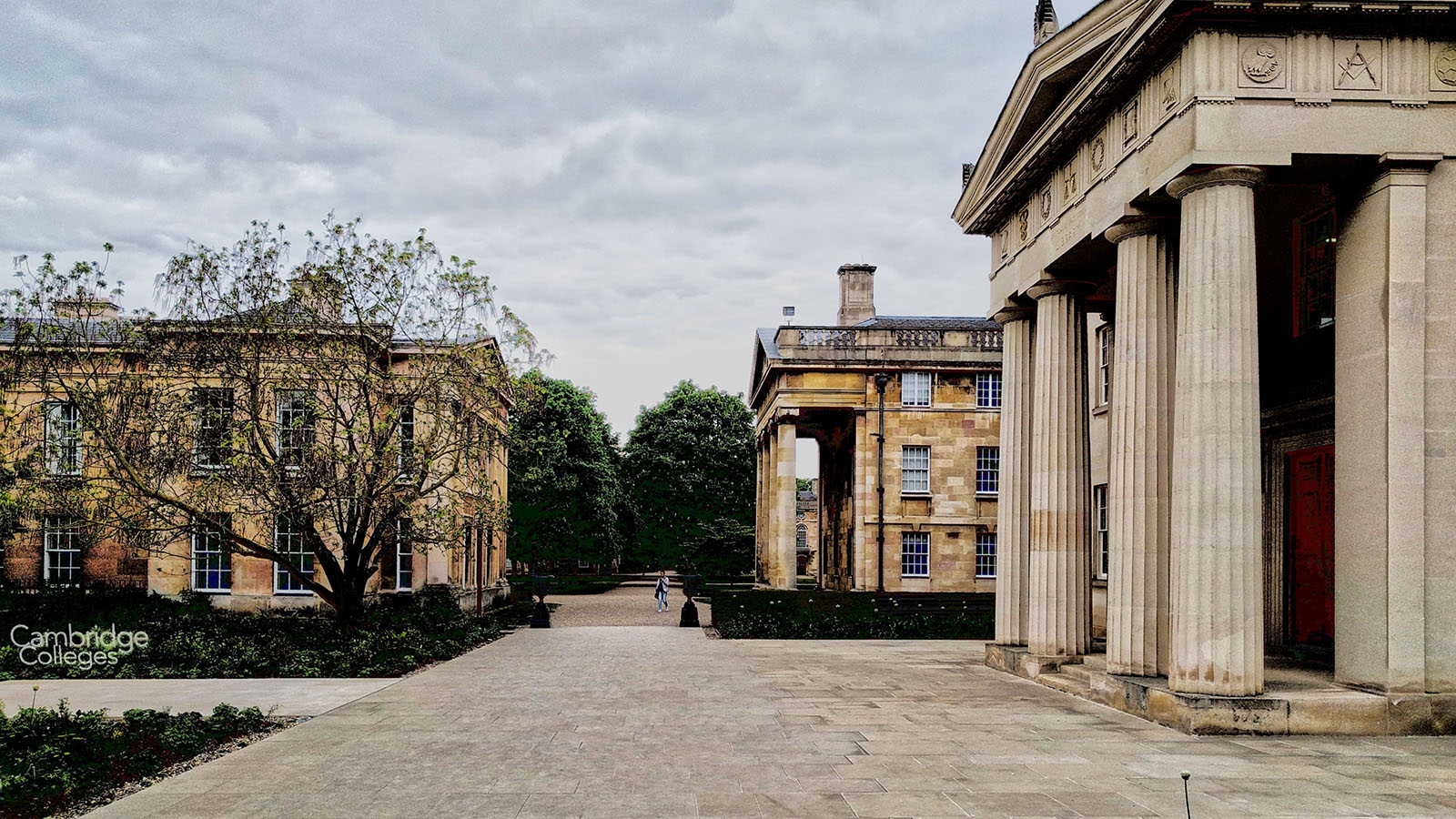 Downing College was founded in 1800 through a bequest from Sir George Downing, 3rd Baronet. After being granted a royal charter, Downing became a perpetual college for students in law, physics and the other ‘useful arts and learning’ and admitted its first undergraduate in the year of 1817.

Known by many as the ‘newest of the old and oldest of the new’ the College was the 17th to be founded within the University of Cambridge, ranked among the top universities in the world, and is now one of their 31 colleges based in and around the historic city.

Whilst the College was originally focussed on the encouragement of the study of Law, Medicine and subjects within Moral and Natural Sciences, the institution has now broadened its taught areas and now accepts students in all subjects that are taught at the University of Cambridge.

Within the tight-knit and supportive college environment, students from a wide range of backgrounds are lectured by highly respected and dedicated fellows whose outstanding research has an international reputation for opening up new areas of knowledge. The current Master of the College is former BBC journalist Alan Bookbinder who has been master of the College since 2018.

Despite it’s quiet and peaceful setting, the College can be found just half a mile from the historic centre of Cambridge. The grounds of Downing College are quite the spectacle and draw many the visitor to the area, from the unique mixed borders of the Sunken Garden to the rich assortment of trees in the Fellows’ Garden

Given the range of surroundings, from the diverse forests in the East Lodge Garden’s to the limes, maples and dawn redwood in the Paddock, there is no wonder that Downing College has previously been named the greenest Cambridge College by the Green Tourism Business Scheme.

Thanks to the conservation of the ground’s wildlife and the use of environmentally friendly materials, the College was scored across a number of different ‘green credentials’ and received a Gold Award for outstanding performance in June, 2014.

The cultural activities at Downing College were also considered in the Green Tourism Business Scheme’s judgement. Cambridge is itself one of the most vibrant cultural centres in the UK therefore there is little surprise that Downing shares in the University of Cambridge’s tradition of world class culture.

In the Spring of 2016, the art scene at Downing College was transformed with the opening of The Heong Gallery. The gallery which features modern and contemporary installations was named by Downing alumnus Alwyn Heong, and it has become a hugely popular and respected exhibition centre.

As part of a larger construction project, the building of a new court, First Court, has enabled members of the public to now be allowed to visit the gallery’s exhibitions too – a hugely exciting moment for both the College and the surrounding areas. 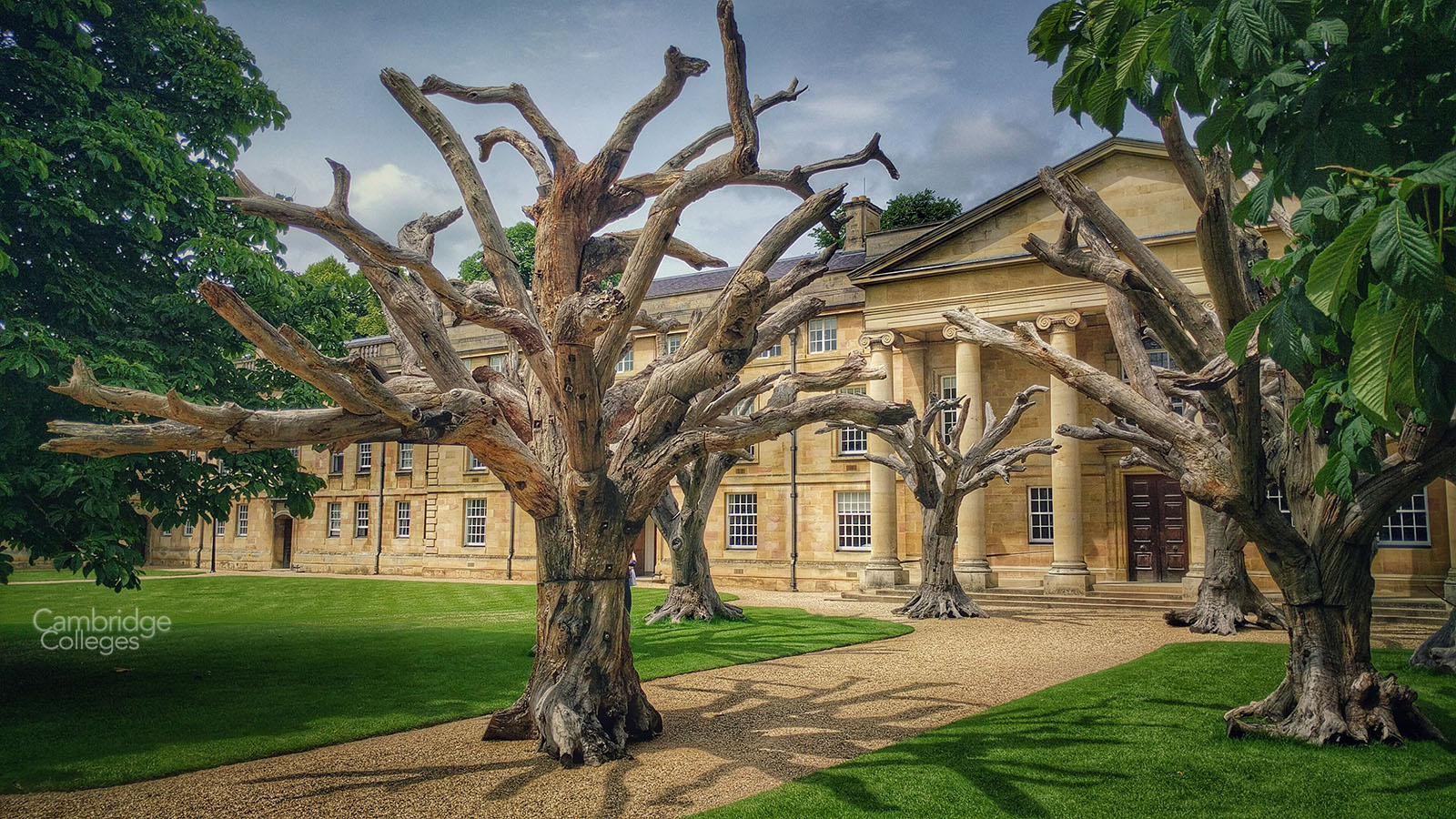 The theatre, which can seat a total audience of 160, provides incredible experiences for those watching as well as producers and performers with Downing’s drama society presenting plays including those of Shakespeare and the Greek Classics.

Alongside events in the city such as the annual Cambridge Drama Festival which provide opportunity for local theatre companies to showcase their productions, the dramatic society at Downing also began hosting the yearly Festival of New Writing in 2014, offering students of the College the chance to present their artistic talent to industry professionals.

With a renowned musical tradition at the College, it is surprise to no one that the music facilities at Downing are state of the art. The Music Room, an elegant and intimate venue, where students at the College are encouraged to utilise when practising, has a range of different events happening the year round, including concerts and recitals off all kinds. The Downing College Music Society has a full programme of instrumental events, including orchestra concerts, music recitals and jazz evenings which are hosted in the beautiful Butterfield Bar.

The College also has a range of sporting teams such as men’s football and men’s and women’s rugby. Downing’s Boat Club is argued by many as their most successful sporting team with the Women’s team being named Mays Headship in the 2014 and 2015 May Bumps, a set of rowing races held annually on the River Cam in the city of Cambridge itself. The male rowing team also gained the Lents Headship in 2014 and both the male and female groups currently hold positions nearing the top of both competition’s league tables.

Whilst Downing College may be immersed in cultural and sporting activity, it is also renowned for its politically active students and alumni. Members of the College as well as alumni occupy different parts of the political spectrum, varying from the far left to the far right with infamous former leader of the BNP

Other, more notable alumni of Downing include

Downing College, which was the only college to be added to the University of Cambridge between 1596 and 1869, remains today one of the best higher education institutions in the country.

With internationally renowned alumni, an incredible reputation for teaching and research as well as a strong sense of community on campus, it is difficult for some, to think of a more ideal place to complete their further learning.

Set in stunning, immaculately kept grounds, with elegant buildings and a number of magical gardens, Downing College has a sense of Britishness that is impossible to replicate anywhere else in the world.

Downing’s sister college is Lincoln College, Oxford. The College was founded in 1427, making it approximately 400 years older than Downing College.